Due to the Chinese new year holidays and the corona crisis, a lot of sailings between Europe and Asia have been cancelled. Today the situation in China is improving, but it seems that the tight situation with regard to container equipment in Europe will continue until at least May.

Economic activity in China:
There are more and more indications that the industrial production in China is picking up again.
See below an overview, provided by the Belgian-Chinese Chamber of Commerce, about the Chinese companies returning to business.

Chinese ports:
With regard to the Chinese ports, according to several sources, the terminal operations in Shanghai and other ports are gradually returning to normal.
• Ports in China started clearing the backlog of cargo at the terminals, but shortages of truck drivers remains a challenge. Last week Yangshan Port (Shanghai) declared that the capacity of vessels cleared was at 95 % of pre-crisis levels.
• Some carriers gave un update on the situation. Shipping line OOCL stated that “many terminals and depots are returning to normal operations. The reefer plug shortage issue in Shanghai, Tianjin and Ningbo has also gradually improved”. According to CMA CGM “major coastal ports are now operating at normal productivity levels”. ONE indicated that its China operations had returned to business as usual.
• Carrier MSC confirmed that the import volume from China is picking up again. Nevertheless other sources did indicate that vessels sailing from China to Europe are less than half-full.
• Despite the gradual return to normal activity in a lot of big ports, blanked sailings continue (see earlier communication with overview for March & April).

Overall question is how quickly the demand for export from China will normalize, and subsequently the sailing schedules of the shipping lines return to pre-crisis level.

Impact on worldwide shipments and pricing:
“The knock-on effect of the blanked sailings from China has caused a major problem for Europe’s exporters”, according to The Loadstar. “Firstly, shippers with cargo already delivered to container terminals are having to wait weeks before loading, and secondly, acute equipment shortages at depots, caused by the absence of import cargo box returns, has resulted in some carriers refusing bookings altogether.”

Shipping lines also want to make sure that they have sufficient empty containers available in Asia once the demand for export from China and other countries is again at ‘full speed’. For example MSC will therefore send two mega-vessels to the West Coast of the US (they are a net importer of containers) to reposition empty containers to Asia.

Several sources report that about 200.000 reefer containers have been blocked in Asia for some time. As a result of the full capacity reduction in recent months (since Chinese New Year in week 4) and the fact that almost no (empty) reefers were sent to Europe, it is expected that in the next 2 months there will be an aftermath of a serious equipment shortage, the peak of which will probably take place in April.
All this of course has its effect on all trades (not only in & out Asia). Subsequently most shipping companies have announced surcharges as of 1 April referring to the equipment imbalance.

Always at your disposal for further consultation where necessary. 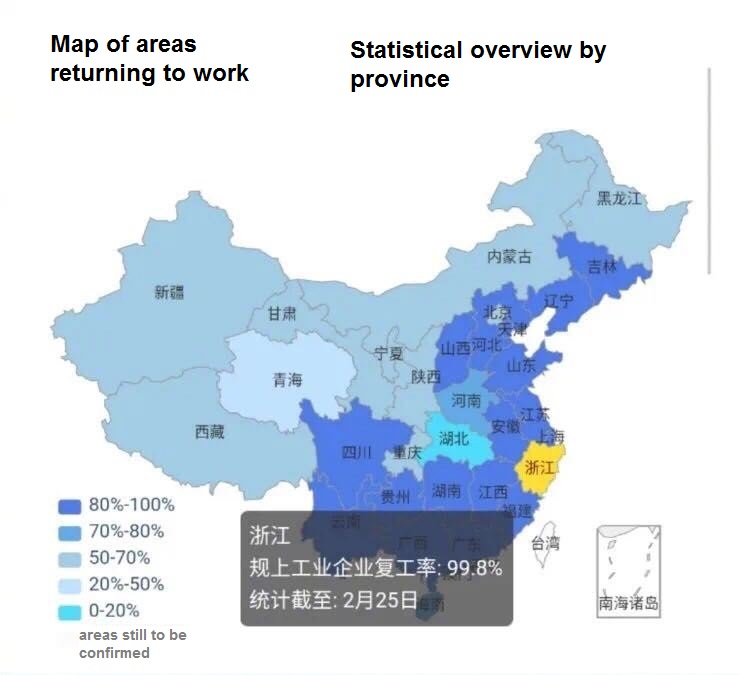